Over 30% of websites on the internet are powered by WordPress and something big is coming.

If you are a WordPress user and aren’t already aware, a new ‘editor’ interface, called Gutenberg, will replace the current visual editor that people have become accustomed to. As this new feature will become the new standard, WordPress has been encouraging users to try it out ahead of time by way of a standalone plugin. The WordPress 5.0 core update with Gutenberg has been delayed several times owing to a range of issues but the rollout is now imminent. The new editor introduces ‘blocks’ as a replacement of the standard text-based editor and is more in line with modern-day page builder plugins that have taken the WordPress world by storm in recent years.

What is this major change?

Gutenberg began as a transformation of the WordPress editor — a new interface for adding, editing, and manipulating content. It seeks to make it easy for anyone to create rich, flexible content layouts with a block-based user interface. All types of page components are represented as modular blocks, which means they can be accessed from a unified block menu, dropped anywhere on a page, and directly edited to create the custom presentation the user wants.

It is a fundamental modernisation and transformation of how the WordPress experience works, creating new opportunities for both users and developers. Gutenberg introduces new frameworks, interaction patterns, functionality, and user experiences.

What is the current state of play?

The team at WP Tavern have published an excellent article on the subject:

“WordPress 5.0’s official release date was set for November 27 but after further evaluation, the date has been pushed back. Last week WordPress core committers, contributors, and former release leads made strong, last-minute appeals to hold off (Release Candidate) RC and defer the release to January. Development is moving forward despite the pushback. A new release date has not yet been announced. The current plan is to monitor feedback on the RC and the team will make a decision from there.”

Automattic (WordPress) CEO Matt Mullenweg has been subjected to a barrage of criticism about the change and how it has been communicated to the community. Matt’s response to the criticism:

“Many people who try to start publishing with WordPress fail; those who don’t struggle with shortcodes, embeds, widgets; those who can toggle to code view to do basic tasks in the editor, and for clients set up elaborate meta-field and CPT based schemes to avoid catastrophe.

Gutenberg aims to solve these problems, improve the WP experience for all its users, and open up independent, open source, beautiful publishing on the web to a class of users that couldn’t publish with WordPress before.

It may seem rushed to people unused to this pace of development and improvement in the WordPress world. However this has been a pace sustained for almost two years now, and we still look slow compared to some modern software. The speed of iteration is enabled by the new tech stack.

It bothers me at a deep, moral level to hold back a user experience that will significantly upgrade the publishing ability and success of tens or hundreds of millions of users. It hasn’t been ready (for core) yet, so it’s not released. I hope it will be soon!

This may all look very quaint in retrospect when we look back three or five years from now. It’s a tough transition but the foundation Gutenberg enables will be worth it.

I want everyone to be and feel heard, as they have been since the beginning of this process in 2016.”

What does this mean for businesses with WordPress websites?

The classic editor will still be supported (until 2021) so there’s no need to panic. If your site has been developed using a third-party page builder such as Elementor, Beaver Builder and Divi (for example) there should be no impact. All theme and plugin developers have had plenty of time to ensure their products are Gutenberg-ready. However, it’s a good idea to ask your web developer or webmaster for an update on how your website may be impacted by WordPress 5.0. 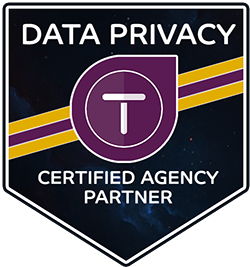